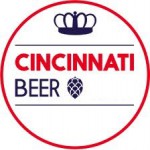 Tonight we focus on three small Cincinnati breweries that don’t normally distribute to Columbus. 50 West, Mad Tree, and Rhinegeist. We are the only place in Columbus that has these 3 breweries on tap, so stop by tonight and try some new beers from the Queen City.

398th Daily Growler of Ever

This American IPA is focused on hop flavor, aroma, and bitterness. Five varieties of hops are combined in this brew to give a fruity and dank character.