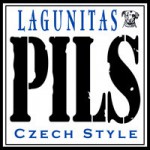 652nd Daily Growler of Ever

In The beginning, there were ales. As far as anyone knows, the first beers made were ‘top-fermented’, which is longhand for ‘Ale’. Sometime long before the 1860’s, beers became popular that were made in Northern Europe with a bottom fermenting yeast strain that liked the colder temperatures. Because they had to spend weeks aging before they tasted their best, they were known as ‘Lager’ beer. Lager is the German word for ‘storage’.